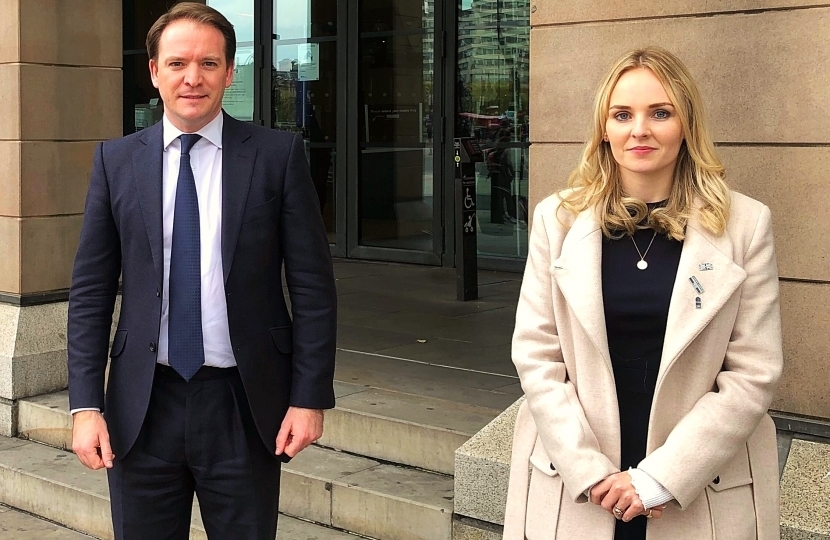 Gareth Davies MP has welcomed today's announcement that Harper's Law will be carried into law, introducing mandatory life sentences for those who kill an emergency worker in the course of their duty.

Last year, Gareth met with Lissie Harper, the widow of PC Andrew Harper to lend his support to the campaign which has also been backed by the Police Federation.

The government have stated that they will seek to bring the measures into law as soon as possible in order to give greater protections to all emergency workers - including police, prison officers, firefighters and paramedics.

Courts must already impose life sentences for murder, with a whole-life order being the starting point if the victim is a police officer. Harper's law will strengthen this by extending mandatory life sentences to anyone who commits the manslaughter of emergency personnel.

Gareth has welcomed the strengthening of laws aimed at stopping the cruel and destructive crime of hare coursing.