Gareth Davies MP comments on the protection of Hen Harriers 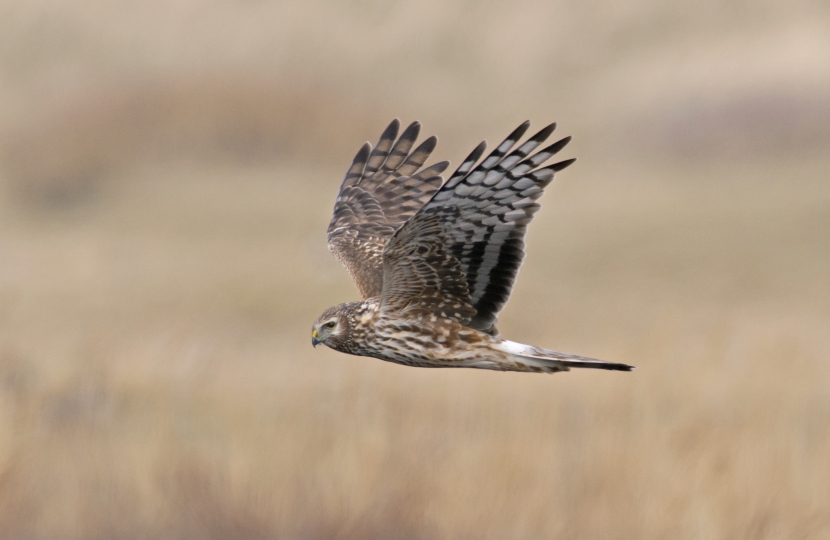 I would like to take this opportunity to thank the many constituents who have recently got in touch with me regarding the Hen Harrier campaign.

All wild birds are protected by law under the Wildlife and Countryside Act 1981 and there are strong penalties in place for offences committed against birds of prey and other wildlife. Anyone wishing to kill or take wild birds can only do so when operating under a licence. Wildlife licences are used for a range of essential purposes including to protect public health and safety, prevent damage to livestock and agriculture, and to allow important conservation work to take place in accordance with the law.

In recent decades we have witnessed serious declines in the populations of herring gulls and lesser blackbacked gulls (declining by 60% and 48% respectively). These species were removed from general licences last year and an individual licensing system was introduced to ensure that lethal control is kept within a sustainable level in rural areas where the traditional colonies have experienced the most dramatic declines.

To address concerns about killing birds of prey, the government and enforcement officers have identified raptor persecution as a national wildlife crime priority. The National Wildlife Crime Unit monitors and gathers intelligence on wildlife crime, including raptor persecution, and aids police forces in their investigations when required.

Ministers have always been clear of the need to gradually phase out rotational burning of protected blanket bog to conserve these habitats. There has been good progress in promoting sustainable alternatives and there is legislation which is being looked at which could help achieve this. The England Peat Strategy will be published later this year which will detail further how we can protect, restore and reduce damage to our peatlands.

The Government has today published a new White Paper, 'Skills for Jobs: Lifelong Learning for Opportunity and Growth', this sets out planned reforms to technical education and skills.