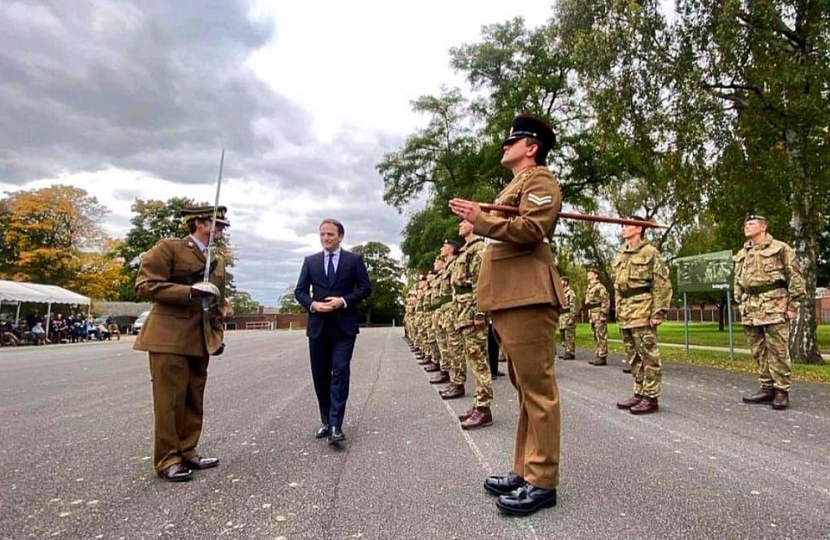 Gareth Davies MP attended the passing out parade of 40 reservists at the Prince William of Gloucester Barracks in Grantham. Over the last two weeks the reservists covered a broad range of subjects including Skill at Arms, field skills, navigation, first aid, and physical training and drill.

The reservists will play an integral part in delivering the four main responsibilities of the British Army: protecting the United Kingdom; fighting its enemies; preventing conflict; and, finally, dealing with disaster. It is a shared purpose whether regular or reserve; infantry or medic; and they should take pride in the role they will play.

Gareth was honoured to join military officers in recognising their achievements and meeting the recruits and their families.