Column: We must help those who helped us in Afghanistan 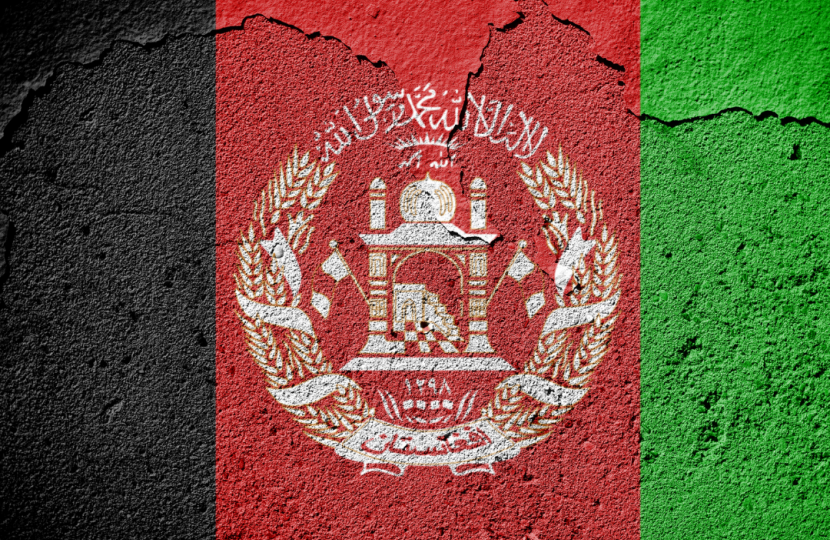 The situation in Afghanistan has dominated our television screens over the past week. I am appalled by the prospect of the return of the Taliban government which NATO resolved to remove in 2002 as it harboured Osama bin Laden and allowed Al-Qaeda to plot atrocities against the West.

I fear that the Taliban’s apparent promises of rights for women and freedom of expression are empty words as the previous realities of the Taliban government swiftly manifest once more: women denied an education, forced marriages, and the persecution of religious minorities.

At this time our thoughts turn to the 457 British service men and women who lost their lives in Afghanistan, and the thousands of veterans who carry the memory of their service with them every day. From my own civilian perspective, I am grateful to the efforts and sacrifices of our military and diplomats.

As soon as the United States announced their departure, it was clear that Britain would need to follow. We know only too well from three former Anglo-Afghan wars the risk and cost of unilateral British military activity in Afghanistan. While the UK does not lack military hardware it cannot bear the sole responsibility of fighting a lengthy, asymmetric war against the Taliban.

Parliament was recalled last week to debate developments in the region. Across an entire day’s sitting I was fortunate to witness many passionate speeches, especially from MPs whose experience of military service in Afghanistan gave them a unique perspective on events.

As speaking time was limited, I was one of over eighty MPs not called to contribute in the Chamber, however, I have had multiple meetings with ministers from the Foreign Office and Ministry of Defence to keep abreast of the situation as it develops.

At present, our first priority must be the repatriation of the remaining British citizens from Afghanistan alongside Afghans who are fleeing persecution. We have a moral obligation to help those who aided British military and diplomatic efforts in the country who may now face retribution at the hands of the Taliban. Journalists and those who have worked for British news agencies, civil society groups for womens’ rights, and employees of charities and humanitarian organisations are among the groups which are being prioritised for immediate support.

I am immensely proud that Britain has responded so quickly to the ongoing crisis through deploying service personnel to Kabul as part of Operation Pitting which has now evacuated over 7,000 people.  It is clear that this is only the beginning of a humanitarian crisis and I hope that where other countries could not provide military support, they will be willing to step up and help take in those who have been displaced while fleeing terror.

Column: Everybody can benefit from CPR training

I know that the queues forming outside petrol stations across the local area have been a cause of concerns over the past fortnight.