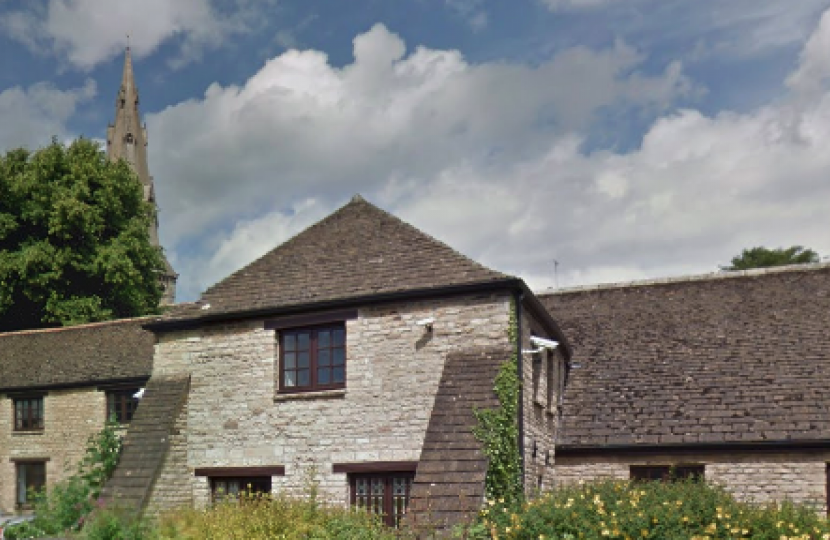 On 18th September, Gareth wrote to the CEO of Lakeside Healthcare Group, Professor Robert Harris, asking for his comments on the points which were raised by residents.

In response, Professor Harris and Gareth arranged a virtual call to discuss the situation. Covering both the history and the rationale behind the decision that has subsequently taken place. Gareth also received a copy of the NHS Lincolnshire Clinical Commissioning Group's (CCG’s) summary, concerning the discussions that had taken place regarding the surgery, which can be read through the attachment linked below.

You can find this survey through the link below, which can be found under Patient & Public Engagement.

In addition to this, patients at St Mary's Medical Centre and Sheepmarket Surgery in Stamford are being invited to join Zoom meetings to discuss the closure of the St Mary's site.

They will take place at different dates and times from 6pm today (Thursday, October 1) with the final one on October 17. Details of which can be found through the link above.

On 1st October, Gareth convened a meeting with his constituency neighbours, Alicia Kearns MP for Rutland and Melton, and Tom Pursglove MP for Corby, to discuss how best they can coordinate with each other on this issue. Following this meeting, Gareth got in touch with another neighbour, Shailesh Vara MP for Northwest Cambridgeshire.

On 8th October, Gareth had a call with the Chief Executive of the NHS Lincolnshire CCG, John Turner to gain his perspective on the matter and to ask that he continue to work hard to bring the sides together to find a suitable solution.

On the 16th October, Gareth also spoke with the freeholders of the surgery.

While MP's do not have any jurisdiction over the operational decisions of local healthcare provisions, Gareth continues to engage with those responsible in order to raise concerns with them directly and to bring stakeholders and decision-makers together to ensure that those who are responsible, namely the CCG, act expeditiously to resolve the issues.

Gareth encourages patients affected to continue to engage with Lakeside Healthcare Groups, “patient and public engagement events”, which are due to finish at the end of this week, and to contact the CCG directly to relay your concerns.

Gareth welcomes £230,000 to help save arts and cultural organisations in Grantham and Stamford

Conservative Government announces £257 million to help save over 1,300 art organisations across the country.
The funding is part the of £1.57 billion Cultural Recovery Package, the largest one-off investment in culture in our nation’s history.