Update on the situation in Afghanistan 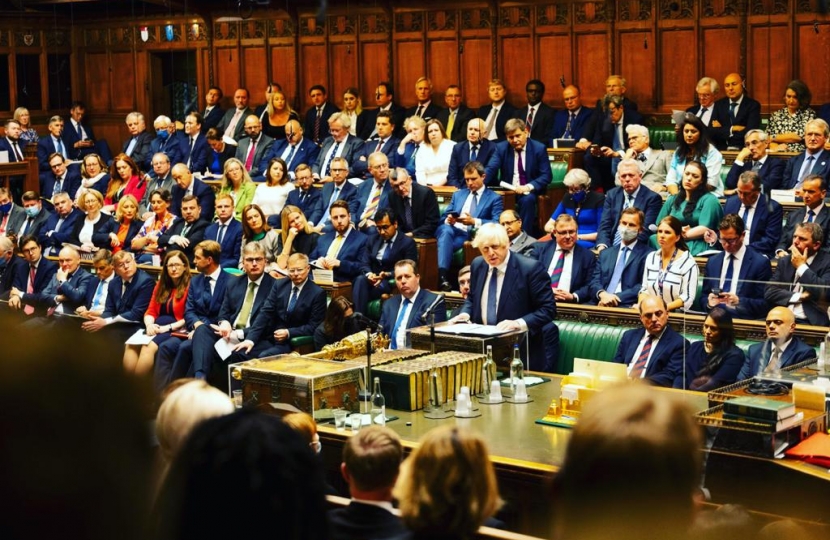 Parliament was recalled today to discuss recent developments in Afghanistan. As speaking time was limited, I was one of over 80 MPs not called to contribute in the Chamber and so I wanted to provide an update to constituents on the current situation.

I know everyone will be as concerned as I am by the devastating scenes on our televisions. I am appalled by the prospect of the return of the Taliban government which NATO resolved to remove in 2002 as it harboured Osama bin Laden and allowed Al-Qaeda to plot atrocities against the West. I fear that the Taliban’s apparent promises of rights for women and freedom of expression are empty words as the previous realities of the Taliban government swiftly manifest once more: women denied an education, forced marriages, and the persecution of religious minorities.

At this time our thoughts turn to the 457 British service men and women who lost their lives in Afghanistan, and the thousands of veterans who carry the memory of their service with them every day. From my own civilian perspective, I am grateful to the efforts and sacrifices of our military and diplomats. We entered Afghanistan to root out Al Qaeda terrorists who sought to bring violence to our streets, and this intervention held back this threat for two decades. A modern, progressive society enabled a generation of women to receive an education, leading to Afghan female judges, doctors, and politicians - the inspirational power of this education can never be taken away. The sacrifices made were not in vain.

However, as soon as the United States announced their withdrawal, it was inevitable that Britain would need to follow. Ben Wallace MP, The Defence Secretary, briefed a number of MPs and I on Saturday morning via a zoom call about the situation. In that briefing he told us that when the UK government sought to find allies who were willing to maintain a presence with us, only Turkey was forthcoming.

British involvement in Afghanistan since 2002 has been characterised by its collaborative role in a coalition - while the UK doesn't lack modern military hardware it cannot bear the sole responsibility of fighting a lengthy, asymmetric war against the Taliban.

I have received lots of questions concerning the events in Afghanistan relating to specific concerns about the evacuation of British nationals in the country and the extension of asylum status to Afghans who are at risk of reprisal from the Taliban due to their beliefs or collaboration with coalition forces. We are also aware of members of NGOs and charities who are still in Afghanistan and work is being done to repatriate them as well.

The government's top priority remains to deliver on our obligations to British nationals and those who helped us, and get them out as fast as possible. I will address the support for both groups in turn:

Since the security situation in Afghanistan deteriorated, UK nationals have been leaving the country through chartered flights, with further flights to follow over the next few days. Across the weekend, more than 180 UK nationals and their dependents were flown back home thanks to the assistance of the British Ambassador and a remaining consular team.

Over 800 military personnel have since been deployed to Kabul to enable the safe evacuation of such large numbers of people, including logistics experts, medical, support staff, and air movement specialists, with force protection provided by 16 Air Assault Brigade.

British nationals still in the country that have not already registered with the FCDO should contact them on +44 (0)1908 516666 and select the option “Consular services for British nationals”. They can also email help@fco.gov.uk. Registered British nationals will be contacted about flights. The FCDO are monitoring the situation 24/7 as getting people to safety is our main priority.

Please get in touch with me by email, or your own MP if you are not a constituent, if you need assistance with helping a British national getting back to the UK from Afghanistan.

Thousands of Afghan women, children, and others most in need will be welcomed to the UK under one of the most generous resettlement schemes in our country’s history. Under the terms announced today, those who have been forced to flee their home or face threats of persecution from the Taliban will be offered a route to settle in the UK permanently.

In its first year the scheme aims to resettle up to five thousand Afghan nationals who are at risk with priority given to women and girls, and religious and other minorities who are most at risk of human rights abuses and dehumanising treatment by the Taliban.

In the long-term it is hoped that the scheme will see twenty thousand people resettled, in a move which has been modelled on the successful Syrian Vulnerable Persons Resettlement Scheme which operated from 2014 to 2021.

The Resettlement Scheme will run in addition to the Afghan Relocations and Assistance Policy which offers any Afghans who have worked for the UK priority relocation. So far under this programme 2,052 people have already been relocated with a further 2,000 applications completed and many more being processed.

I will press our Government to do everything it can to bring all British Citizens and those who have helped us over the last two decades to the U.K. as quickly as possible.

Gareth Davies MP visited local churches with the Revd Neil Griffiths in both Colsterworth and Skillington. The local churches in these villages are such an important part of their history and the local community.