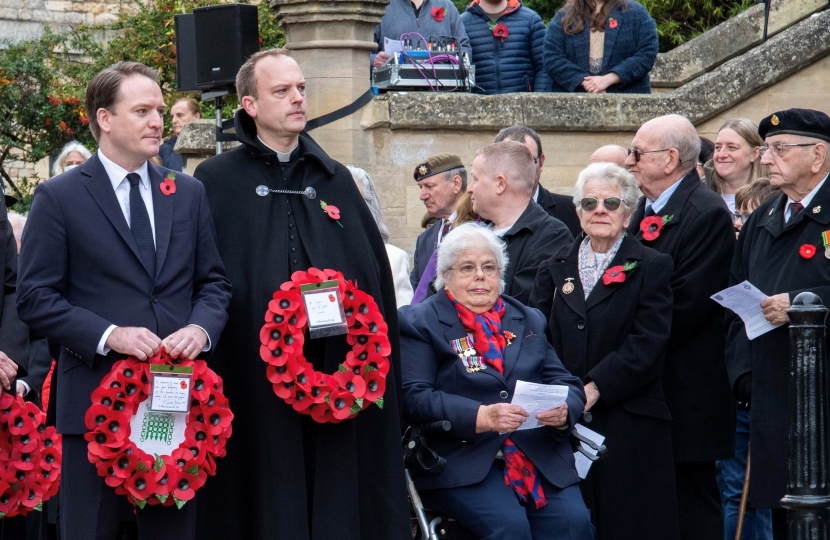 The Remembrance Day Service in Stamford had over 1,000 people in attendance gathered in tribute to the servicemen and women who gave their lives for the freedoms we enjoy today.

Gareth was honoured to lay a wreath alongside the Mayor of Stamford, Cllr Gloria Johnson and other local representatives from the Armed Forces, Royal British Legion and local organisations.

Gareth has welcomed the strengthening of laws aimed at stopping the cruel and destructive crime of hare coursing.