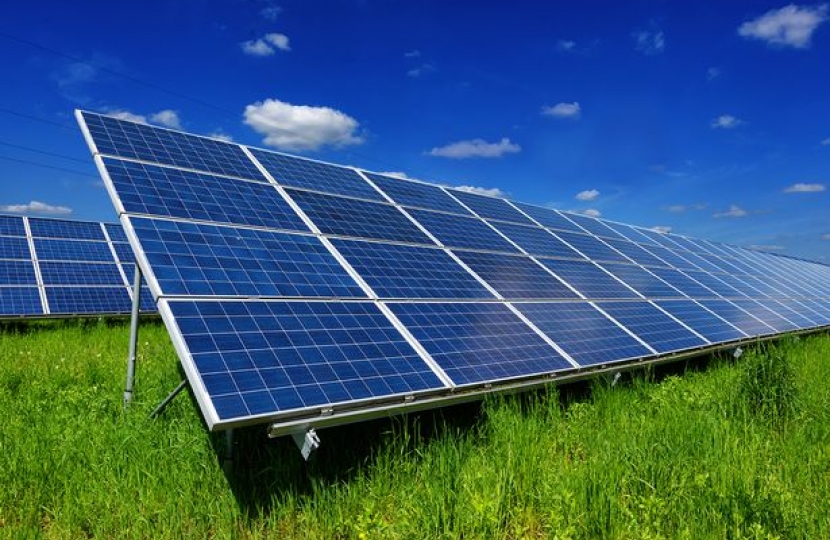 Mallard Pass is proposing to create a solar farm in our area which will deliver 350 megawatts of energy, equivalent to the size of 1,4000 football pitches. The proposed scheme will be situated on 880 hectares of land stretching across South Lincolnshire into Rutland.

The developers, Windel Energy and Canadian Solar have sent information to over 13,000 homes on their early-stage proposals. They recently met with me as I have a number of concerns and questions relating to this development which were also expressed to me by a number of constituents, particularly around the lack of detail, poor geographic maps and technical information relating to the solar panels, and information around how the visual impact of the project would be mitigated by screening off development. In terms of the detailed design and layout – which we will all be interested in scrutinising – I was advised that this has not yet been finalised as they intend to look at the feedback from the initial consultation prior to formally consulting on more detailed plans.

Naturally, one of my first questions was how this location was determined and I was informed that this scheme’s proposed location is due to the grid connection at Ryhall. As the substation is under 5 years old and has the capacity to accept the level of energy without the need for major upgrades to electrical infrastructure it the surrounding area is ideally suited for a solar development.

I asked about the consultation that been undertaken to date and they confirmed that, as of the end of November, they had only received 300 submissions of views from across the area. I would therefore strongly encourage all residents to take part in this consultation prior to the closing date of the 16th December 2021 to ensure that all voices are heard in a significant number by the developers.

Contribute to the consultation at: mallardpasssolar.co.uk/have-your-say

Gareth has called for a new pension commission to be set up in 2024 to consider the future of UK Pensions policy.