Column: Everybody can benefit from CPR training 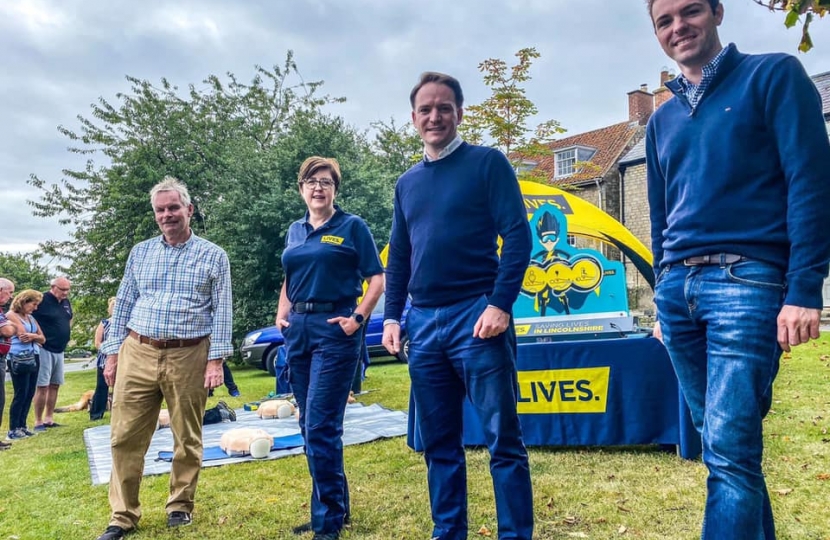 I know that the queues forming outside petrol stations across the local area have been a cause of concerns over the past fortnight. It is important to stress that there is no shortage of fuel in refineries and in storage across the country, but there has been a surge in demand at certain petrol stations.

Ministers are working closely with the industry to manage this short-term demand, including relaxing competition laws on a temporary basis to allow industry to prioritise the delivery of fuel to parts of the country most in need.

I am also aware that there are longer-term challenges within the wider HGV sector which ministers are working hard to tackle. Indeed, the Government announced a package of measures to tackle this shortage and ease pressure on industry through boosting skills, increasing testing availability and easing competition law. For example, £10 million will be invested to create new skills bootcamps and train up to 3,000 HGV drivers – with an additional 1,000 to be trained through local courses. The Government are also making available 5,000 visas for HGV drivers for a three-month period, to provide short-term relief for the haulage industry in the build up to Christmas.

I was delighted to receive the news that Grantham Hospital has been chosen to be one of 40 Community Diagnostic Centres set to open across England. These will provide a total of 2.8 million scans during their first year of operation in order to provide faster, easier, and more direct access to the full range of diagnostic tests needed to understand patients’ symptoms.

GPs will be able to refer patients to a centre so they can access life-saving checks closer to home and be diagnosed for a range of conditions, rather than travelling to hospital.

As reported in this newspaper, the United Lincolnshire Hospitals Trust has just launched its Acute Services Review which seeks views from local people on the care provision at Grantham Hospital. I would encourage everyone to participate in order to inform future decisions around these vital services.

Meanwhile, progress is being made in the government’s efforts to improve internet safety and combat personal abuse on social media. These ground-breaking laws will protect children online and tackle some of the worst abuses on social media, including racist hate crimes. While it is important to strike the balance between online anonymity - an important principle of a free and open internet - and the need to protect people from harm online

The Online Safety Bill will place duties of care on companies and will give Ofcom, the UK’s independent communications regulator, the functions and powers to oversee the regulatory regime. Ofcom will set clear safety standards, backed up by mandatory reporting requirements and strong enforcement powers to deal with non-compliance.

It was great to see such a strong turnout for my CPR workshop in Folkingham on Saturday 25th August. Working alongside Lincolnshire LIVES, the county’s largest first aid training charity, the village was invited to attend a drop-in session in the market square to learn essential lifesaving skills. Every minute without CPR being applied reduces the chance of a patient’s survival by 10%, and so the earlier you give CPR to a person in cardiac arrest, the greater their chance of survival.

We are hoping to organise other training sessions in the future, so if you think your local community would benefit from free CPR training, please get in touch with LIVES.