Article: Why I voted to back our veterans from the torment of false allegations 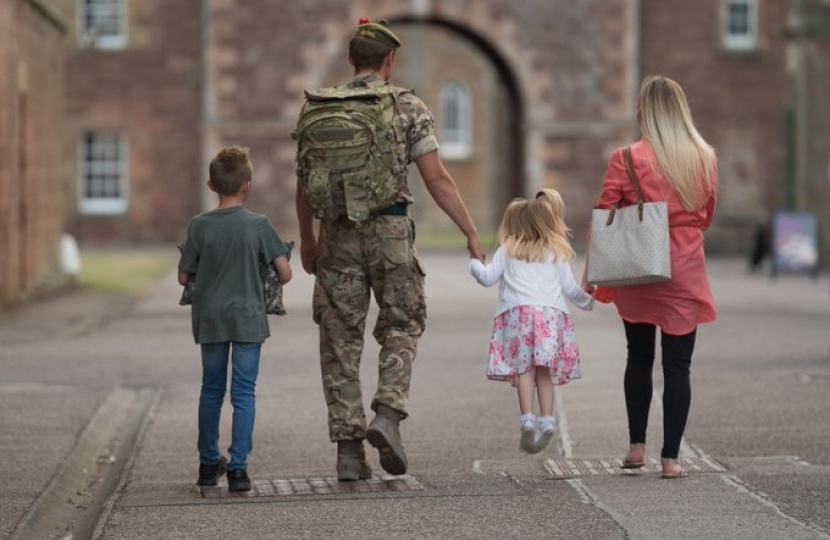 Last week in Parliament we debated and voted on the long awaited Overseas Operations Bill, brought forward by our country’s first dedicated Minister for Veterans, Johnny Mercer. Johnny comes to the House of Commons after his own long career in our armed forces, serving in the 29th Commando Unit, Royal Artillery and conducting three tours of Afghanistan.

Here in Lincolnshire, 8% of our population are veterans - the second highest population for a county in the country. I outlined in my Maiden Speech my deep commitment to serving our veterans, and that is why I became the Vice Chair of the All-Party Parliamentary Group for Veterans in the House of Commons. Our treatment of those who served in our military matters to me.

For many years now, our veterans who dedicate their lives to protecting us have been the subject of literally thousands of false allegations and vexatious legal challenges.This is incredibly distressing for our servicemen and women, not to mention their families.

In 2009, the then government launched an official inquiry into the treatment by British troops in Iraq following a judicial review brought by the uncle of Hamid Al-Sweady, claiming that his nephew had been unlawfully killed while in the custody of British personnel. What was striking when the inquiry report was published was that the vast majority of the allegations were found to be wholly without merit or justification, and were the result of deliberate and calculated lies.

In 2010, the Iraq Historic Allegations Team (IHAT) was convened to conduct another inquiry into allegations against our servicemen. Over 3,400 allegations of unlawful killings and ill treatment were received by IHAT. Again, the vast majority of these allegations were found to be false or without evidence.

That is why, despite a great deal of misrepresentation about what the Bill does, I fully supported measures to improve the integrity of the legal process to avoid unscrupulous claims to be made against our veterans and disincentivising the financially motivated so-called ‘lawfare’ solicitors who have hounded our veterans for so long.

We will always ensure that everyone in our country is held to the highest standards and veterans can of course still be investigated and prosecuted for serious crimes that can be proven in a court of law.

Our veterans put their lives on the line protecting our democracy, our freedoms and our safety. They protected us, and we must now seek to protect them.