Article: This week we celebrate inspirational women who serve to protect us 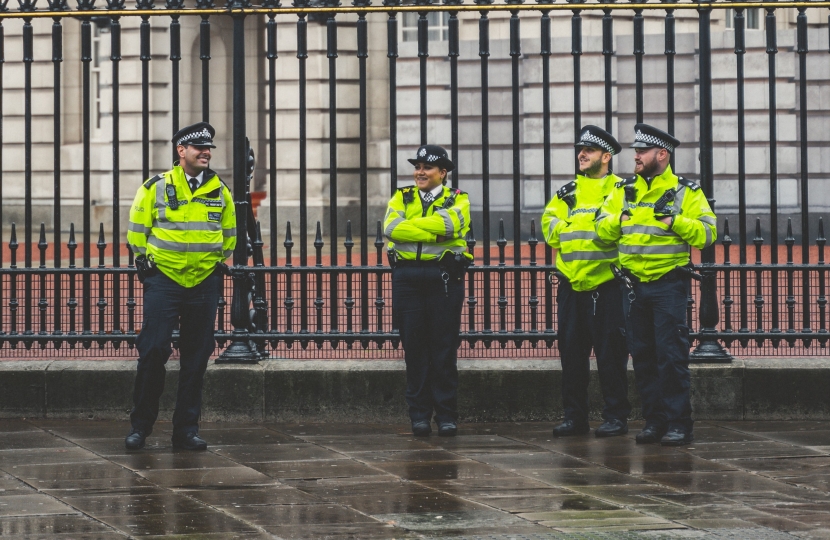 On Monday, we celebrated International Women’s Day which provides an opportunity for us this week to look back on the women who have inspired future generations.

Here in Lincolnshire today, there are of course many women who inspire the next generation, but I wanted to look back at one specific Lincolnshire woman who clearly paved the way for others and who became the first woman to take on a position that was previously only ever held by men. She rightly continues to be spoken about today as a Grantham-born woman of national significance. This is of course, Edith Smith.

From 1915, Edith Smith kept the peace in our town as Britain’s first female police constable with full powers of arrest. Edith joined the volunteer ‘Women’s Police Service’ which had been founded to provide constables when many men were fighting on the Western Front.

The presence of a woman on the force enabled Grantham police to better tackle crimes involving women. Her success as a policing pioneer helped inform the Baird Committee on Women Police, who in 1920, made clear that women should not be excluded from serving as police officers.

After that, the numbers of female police officers rose significantly, but they still faced many hurdles even once in the job. One issue was that for many years they were marked out as professionally different to men, implying that they do not face the same dangers.

For example, until 1993 they were given separate female warrant numbers and even until 1999, women in the police force had their rank title unnecessarily prefixed with the word "Woman", or the letter W in abbreviations such as ‘WPC’.

Today, our female police officers play an equally significant role in protecting our community and are recognised as such. Women also now rightly make up the ranks of highly specialist units such as in armed response and counter terrorism and have gone on to hold the highest ranks of leadership in the force.

In the past ten years, the proportion of women in all 43 police forces has increased each year with over 40,000 women now serving, this is 31% of all police officers. I hope that these numbers will continue to rise as part of the national police recruitment drive to hire 20,000 new police officers by 2024.

So, if you know someone who would like to follow in the footsteps of our very own Edith Smith, ask them to apply to join the force today to play their part in keeping our town safe.

STATEMENT ON THE DEATH OF HRH PRINCE PHILIP, THE DUKE OF EDINBURGH

It is with great sadness that I heard the news of the death of HRH Prince Philip, the Duke of Edinburgh. My first thoughts are with Her Majesty The Queen, to whom I have written to extend my condolences on the loss of her husband.