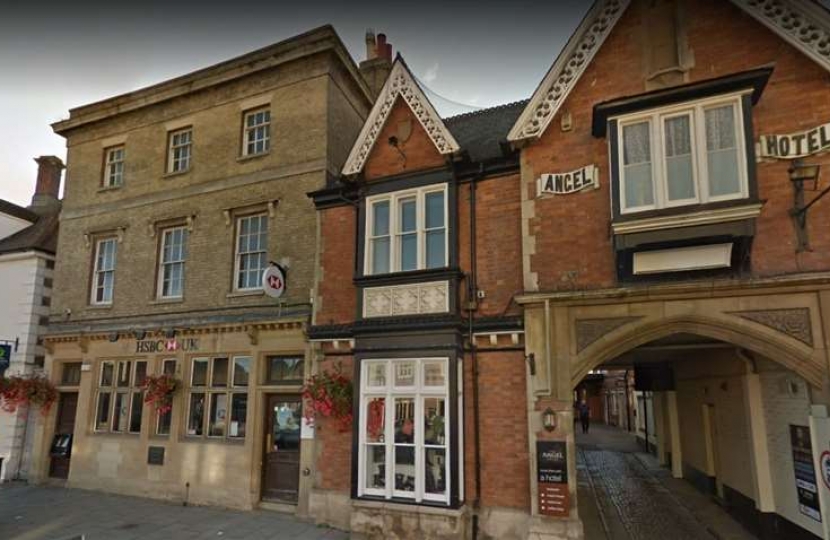 HSBC branch in Bourne to remain open until December but redundancies 'will need to be made' - By Steve Creswell, Stamford Mercury

The HSBC bank in Bourne has been saved from closure until December but redundancies are expected, it has emerged.

Bosses at the banking giant announced that a number of their branches previously earmarked for closure have now received a stay of execution.

A total of 28 were originally due to close - including Bourne - but a review in light of the coronavirus pandemic has led to 10 being kept open until the end of the year.

However, the bank says redundancies “will need to be made” at all of these.

Gareth Davies, the Conservative MP for Stamford and Grantham, broadly welcomed the news having previously written to HSBC’s chief executive outlining his concerns about the impact a closure would have on his constituents.

He said: “I am pleased that HSBC has now decided to keep our local branch open until the end of the year.

“While I welcome the delay to the planned closure I will continue to call on the bank to reconsider their decision given the impact it will have on our town and especially the elderly who rely on the bank branch as a vital service in the town centre.”

It is understood the branch on North Street in Bourne is now set to close on December 11, bringing a small number of redundancies.

HSBC bosses had previously stated that nine out of 10 of their customers now use internet, telephone or smartphone banking and local branches are becoming hugely underused.

Furthermore, fewer than one per cent of all cash withdrawals are now said to take place inside a branch.

Stuart Haire, HSBC UK’s head of wealth and personal banking, said they had kept 95 per cent of branches open during lockdown, which hadn’t been easy.

Staff had also made 300,000 calls to vulnerable customers to check how they are and help them access their accounts.

“I am extremely proud of how the branches have responded to the current health crisis, but different challenges remain on our branch network that we cannot ignore,” he said. “We need to ensure a sustainable branch network for the future which will allow us to continue to invest in it.”